When it's June in London, that means it's time for the annual Infosecurity Europe conference.

Here are visual highlights from the annual, three-day information security event, which offered analysis of nation-state attackers and cybercrime trends as well as hints for complying with the EU's General Data Protection Regulation. 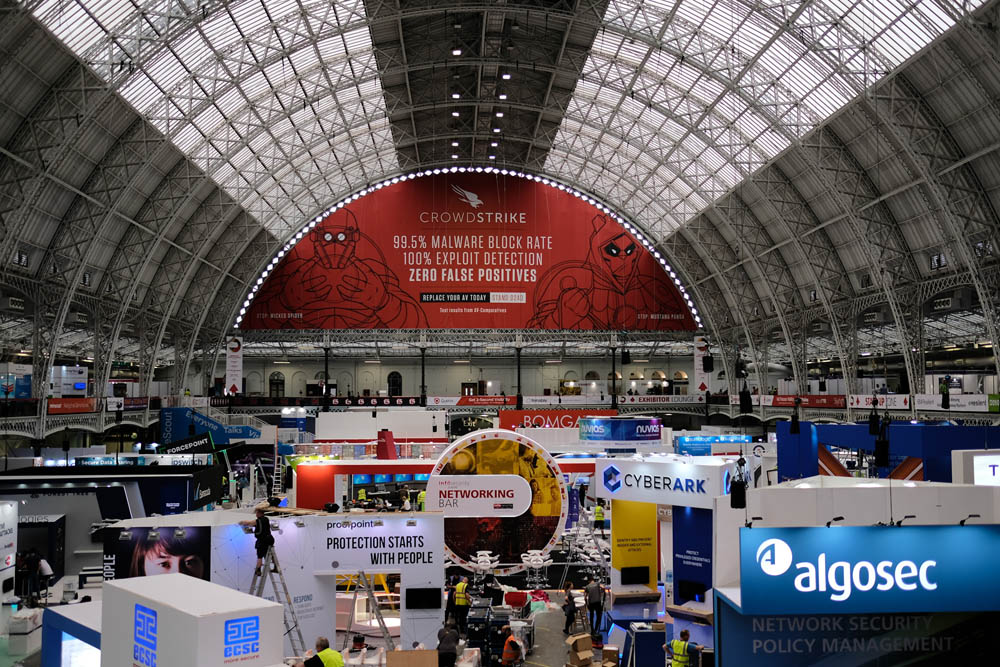 Assembly in progress on June 4 inside the Olympia, one day before the conference opened

Once again, the conference was held at Olympia London, an exhibition center, event space and conference center in the West Kensington district. 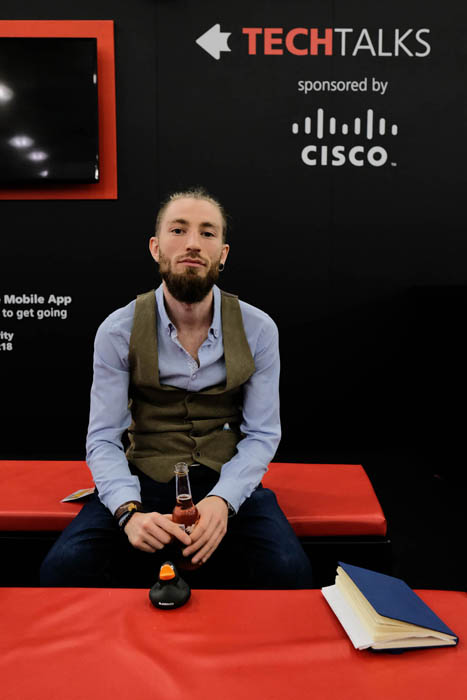 The centerpiece of the Olympia, which was built in 1886 - one year before the Eiffel Tower - and originally called the National Agricultural Hall, is its glass ceiling and wrought iron interior. But the space can become sweltering on hot summer days.

This year, however, the conference expanded its footprint, and the increased interior space - and reasonably cool weather - appeared to help with air flow.

Another change: The keynote stage, instead of being a too-small, tented space on the mezzanine level, was instead moved around the corner to another part of the Olympia - a third-floor lecture hall. Cue decent seats and sound, amphitheater-style seating and air conditioning. Score one for the conference organizers. 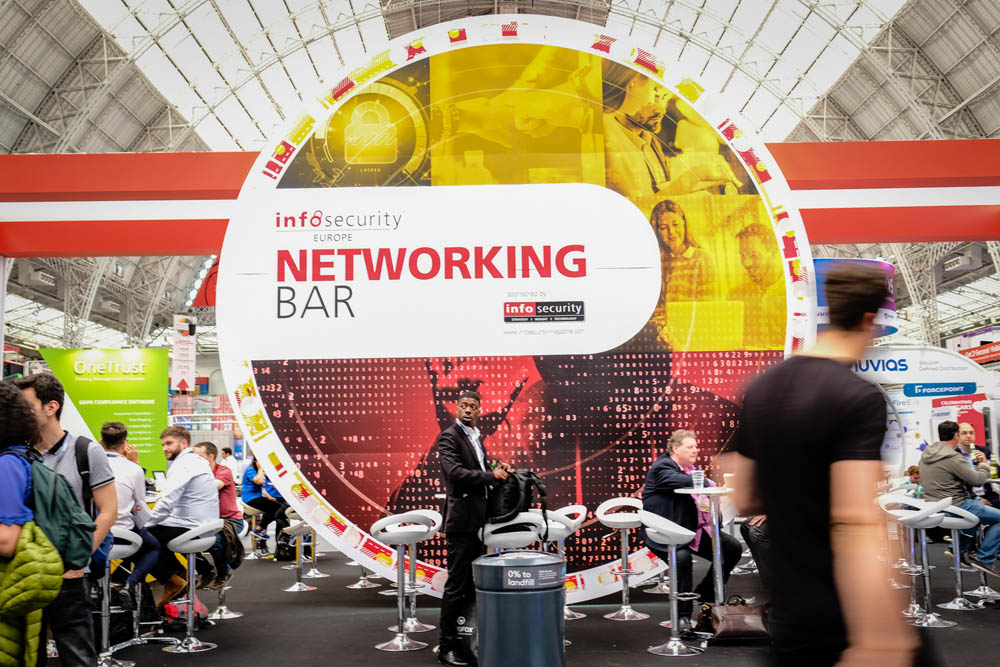 The networking bar on the conference floor.

The Olympia blends a glass ceiling, wrought-iron-age details, and lots of floor space, leaving plenty of room not just for exhibitors but also food stands and networking zones. 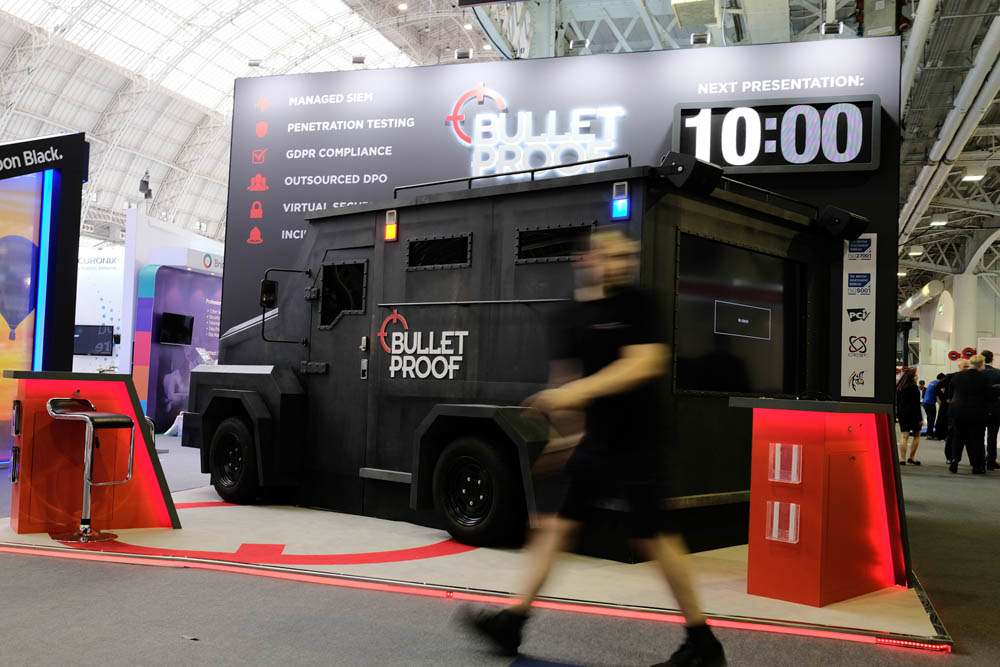 View from the show floor.

This year's conference logged 40 more exhibitors than last year, plus about 1,500 more attendees. 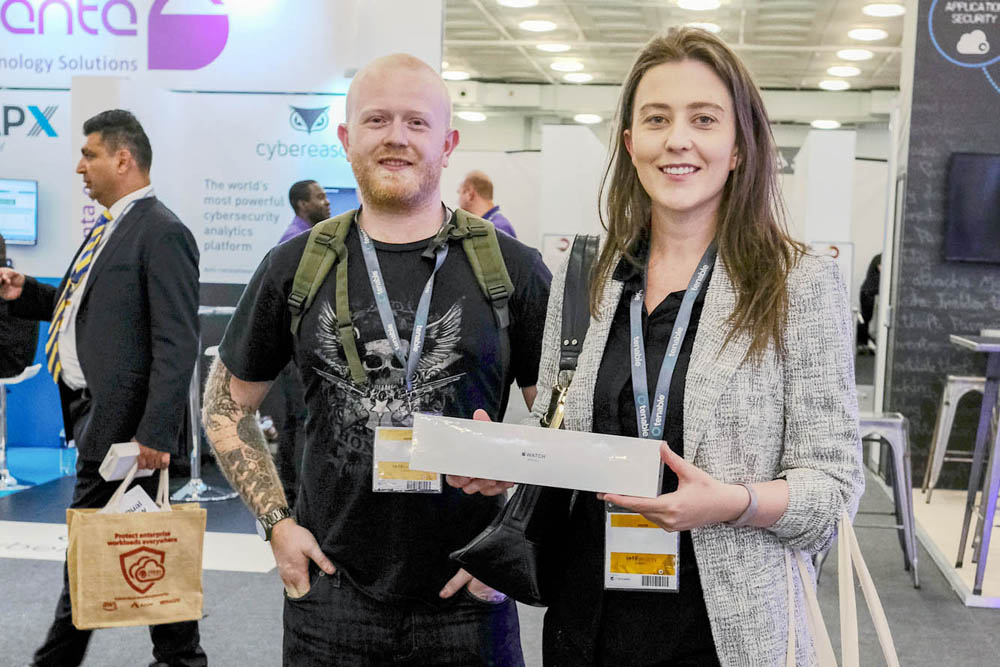 Beyond sessions, technology talks and hands-on demos via the new "Geek Street," conference-goers also had the opportunity to get their badge scanned in return for swag, from light sabers to black ducks, as well as the chance at some bigger prizes. 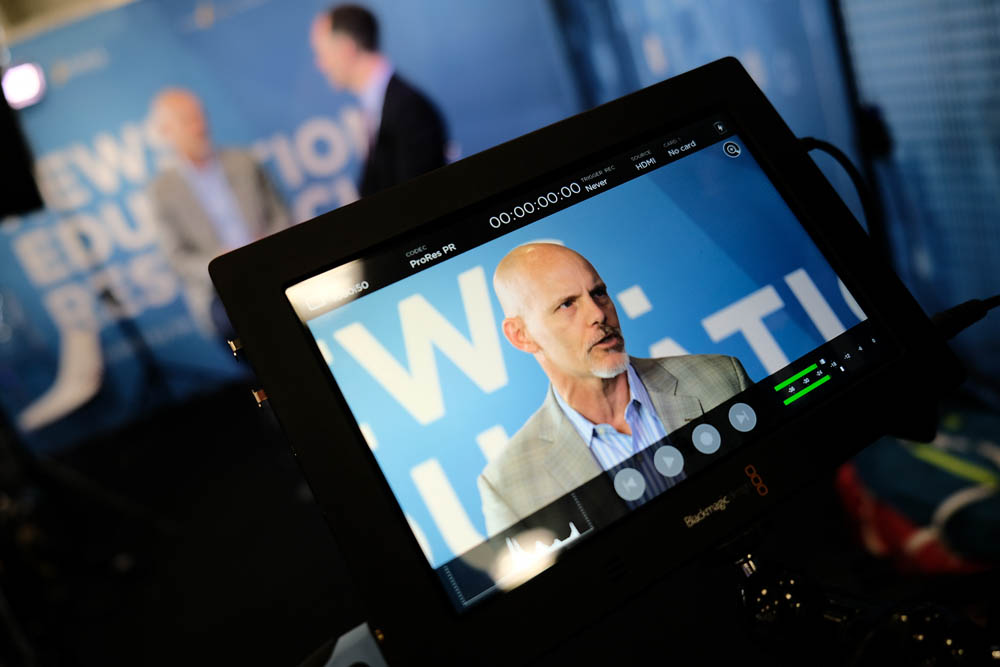 Talking GDPR and breach notification with Allen Rogers, vice president of engineering for IBM Resilient, at the ISMG stand

This year, from Information Security Media Group's stand, I interviewed dozens of information security luminaries. Stay tuned for all of the interviews, but just to name a handful of the folks I spoke with: 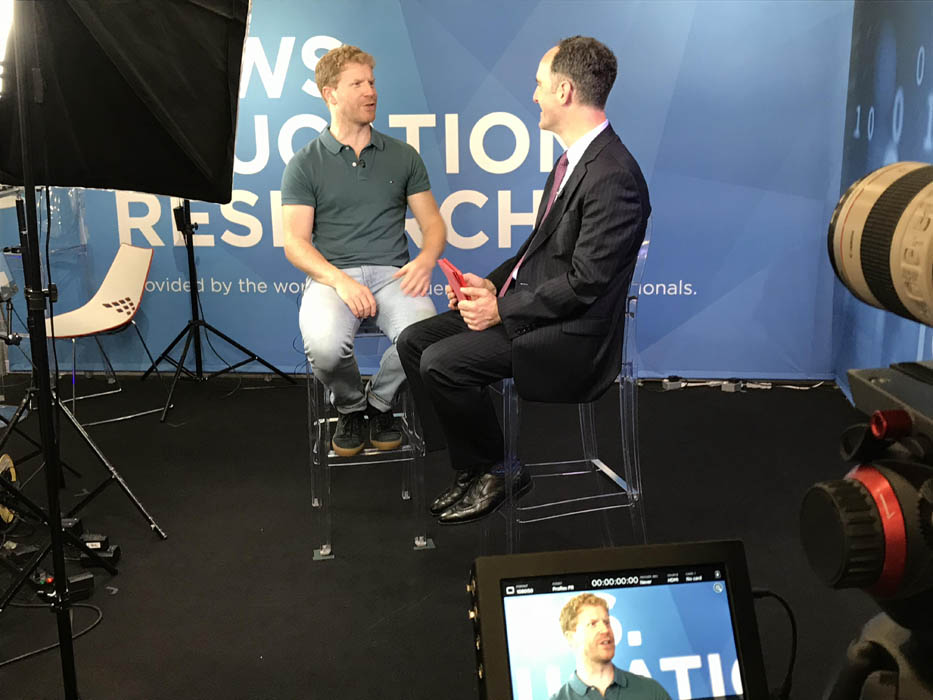 That's just a small selection of the many great conversations I had, which touched on everything from machine learning, staffing and DDoS to alert fatigue, cybercrime trends and nation-state attacks. 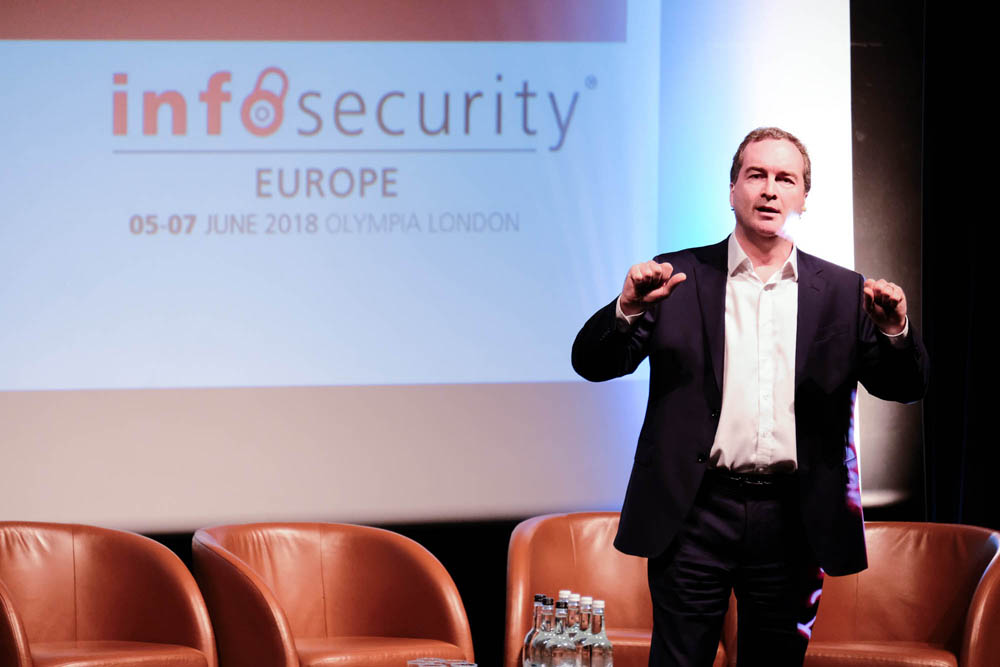 Robert Hannigan, the former director general of Britain's signals intelligence and cryptography agency, GCHQ, delivered a riveting keynote speech on Thursday, titled "Weaponizing the Web," focusing on "nation-state hacking and what it means for enterprise cybersecurity."

In his presentation, Hannigan paid special attention to the online threat posed by North Korea and Russia. 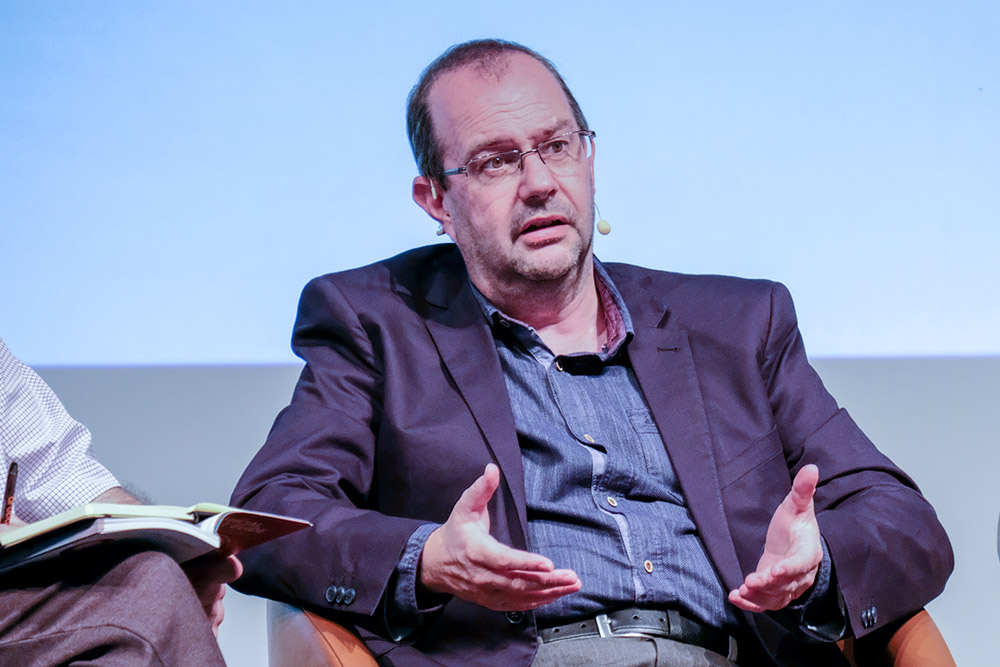 With GDPR, "you need to keep this up now, it's a continuous process," says Nigel Houlden, the ICO's head of technology policy. "You have to keep on top of your security policies, your education, your security training."

Infosecurity Europe occurred less than three weeks after the May 25 enforcement deadline for the EU's General Data Protection Regulation. GDPR requires organizations to be transparent and accountable about how they handle Europeans' personal information. Organizations that willfully and negligently flout those rules face fines of up to £17 million ($23 million) or 4 percent of annual global revenue - whichever is greater. 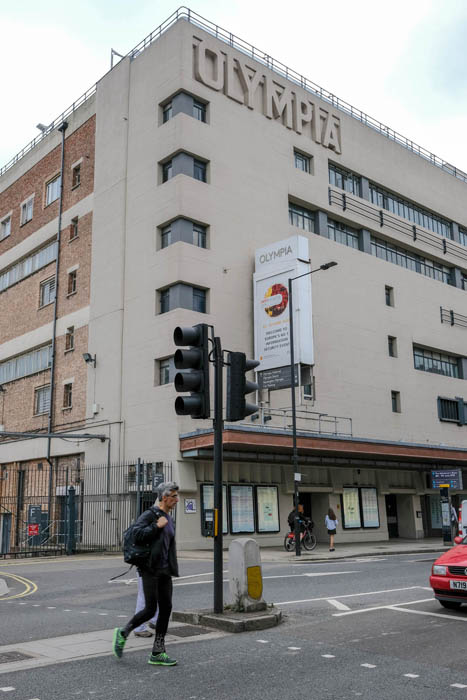 This year's Infosecurity Europe conference was again held at the Olympia in London.

One big question on people's minds: Who in the U.K. will get fined first under GDPR, which is enforced by the Information Commissioner's Office?

The ICO has also been staffing up to help investigate organizations, especially because GDPR mandates that organizations inform relevant authorities when they lose control of personal data.

Speaking on a panel discussion about GDPR at the conference, the ICO's Nigel Houlden, head of technology policy, said that while the fines might be grabbing headlines, organizations should be more concerned about their ability to continue to be entrusted with personal data, because the ICO can revoke their processing power.

"Forget the £17 million fine. If we can stop you processing, that's pretty much the end of your company," he said (see GDPR: UK Privacy Regulator Open to Self-Certification). 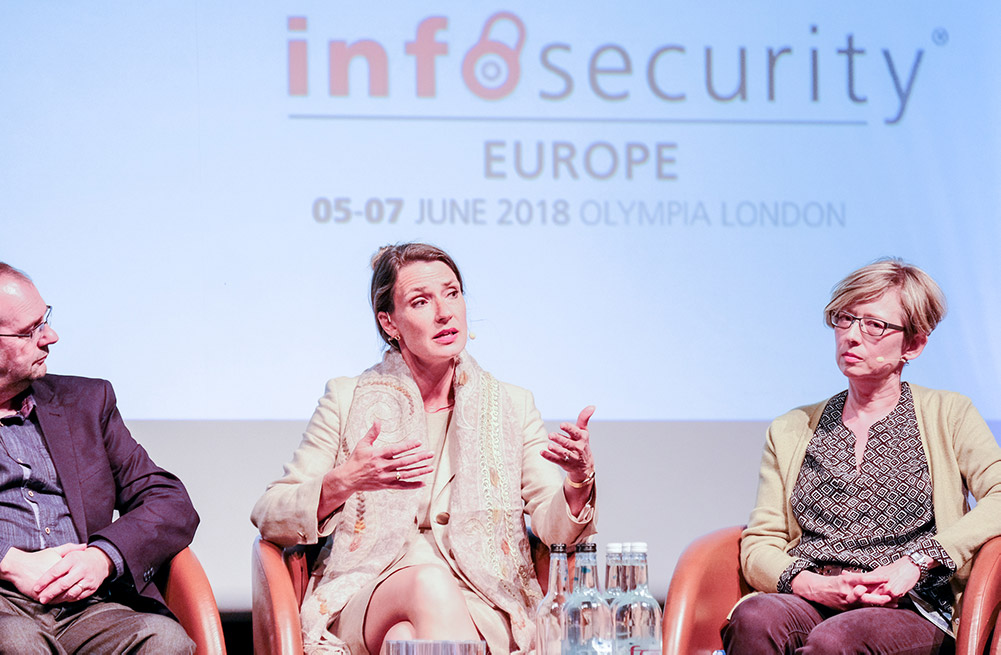 Other GDPR panel participants included privacy and technology experts from Thomson Reuters, Trainline and Microsoft. They talked about how they have been putting GDPR's requirements into practice, and doing so in a manner that can be both demonstrated - to regulators - as well as sustained. 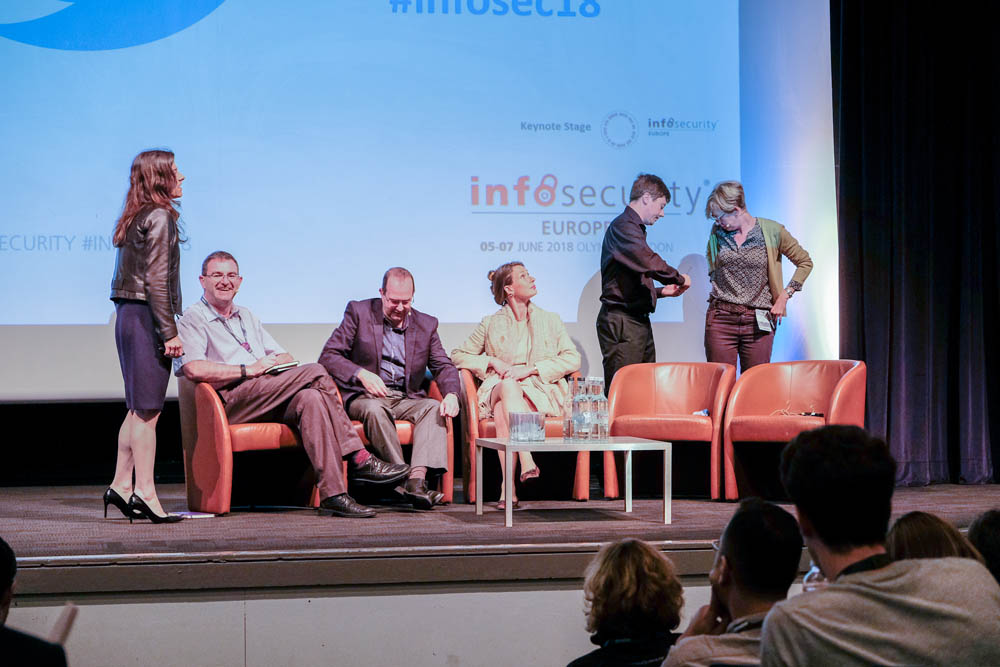 Getting ready for the GDPR panel discussion at this year's conference

"The phrase we've coined in my organization is, 'privacy is the new normal'," said Vivienne Artz, chief privacy officer of Thomson Reuters. She said GDPR had enabled her firm to take "the opportunity now to streamline what's been a very manual process" around handling customer data.

"Going forward ... it needs to be much more automated," she said.

Numerous organizations appear to have overhauled or refined their approach to data security and privacy in light of the GDPR enforcement deadline.

The Eurovision of Cybersecurity? 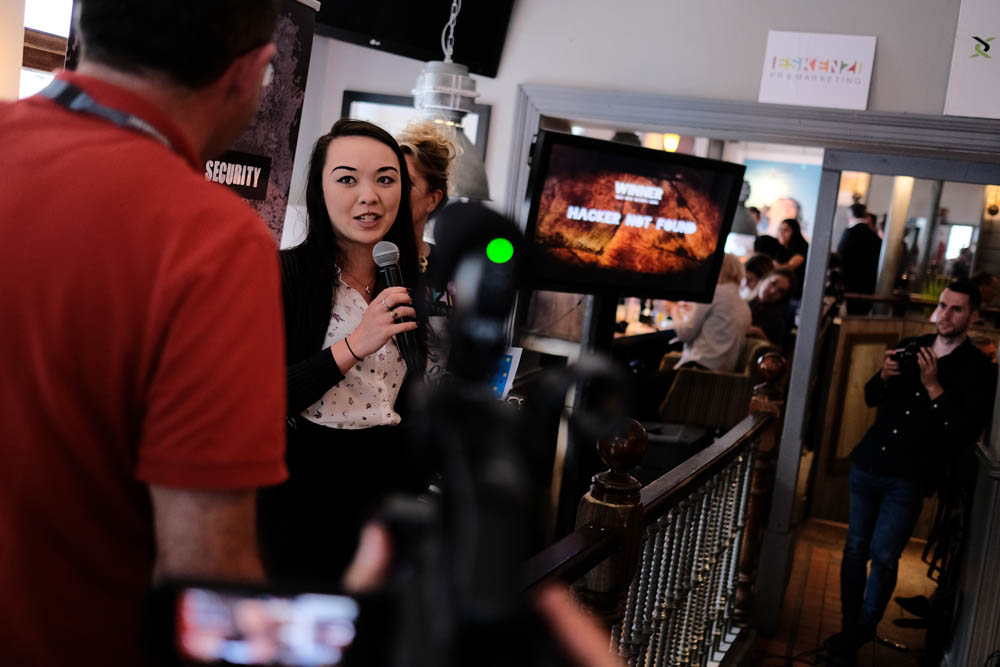 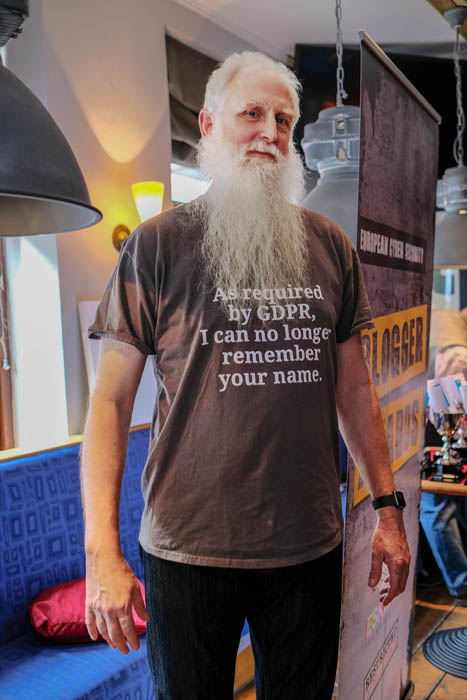 Cue the night of June 5, when information security veteran Jack Daniel took to the "stage" at the Crown and Sceptre pub and quipped: "There's nothing wrong in America that would make me want to have a lot of friends in Europe."

Daniel, a strategist for Tenable Network Security and co-founder of the Security BSides, was one of a handful of judges for the European Cyber Security Blogger Awards. The event doubles as a social night for a motley assortment of cybersecurity industry types, ranging from blogger-practitioners and media types to researchers and media relations folk.

Judges for this year's awards also included cybersecurity consultant Brian Honan, AlienVault's Javvad Malik, journalist Dan Raywood and Yvonne Eskenzi from Eskenzi PR. While candidates were nominated and voted for by the public, the judges also got to add their own points to the proceedings.

"I'm not sure how I found myself in a European award program, maybe it's like Australians in Eurovision?" Hunt says in a blog post. 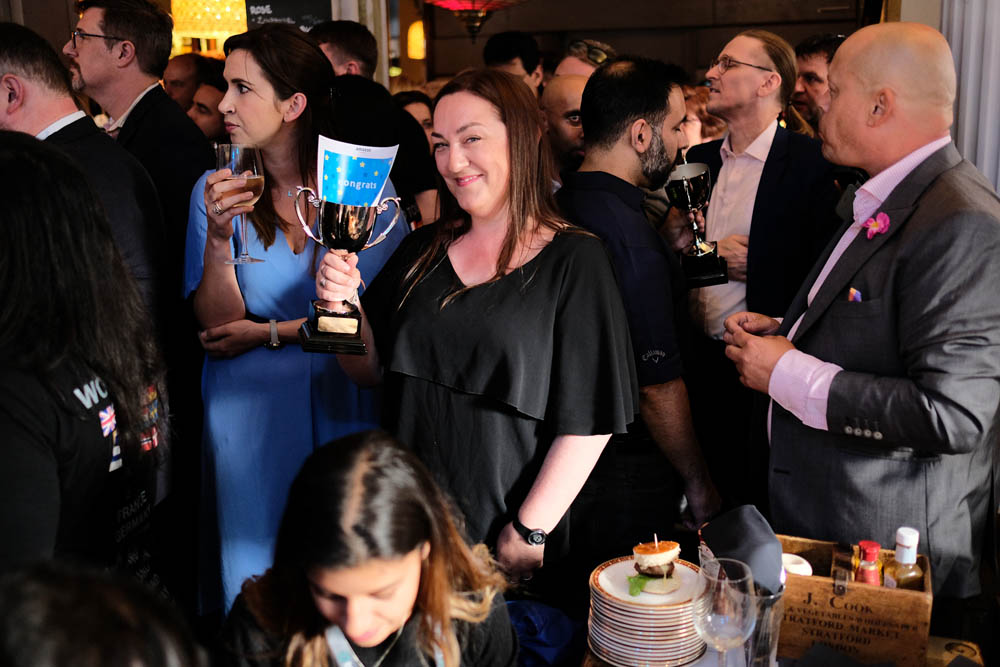 Not a category: Best information security T-shirt. But if such an award existed, Jack Daniel would have won it, hands down, for his custom-printed, GDPR-themed shirt encapsulating his unique approach to the "right to be forgotten."

All photos by Mathew Schwartz unless otherwise indicated.

How to Improve Cybersecurity for Tomorrow’s Aerospace and Defense Needs